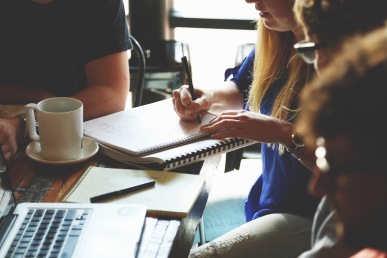 As ‘laborers together with God’ (1Co 3:9), the tension is always, what does God do and what do we do?  To place everything in God’s corner is as unbiblical as placing everything in our corner!  There are things God does and there are things we do. For example, God sends laborers into His harvest field (Mt 9:38) but requires the Church to equip them for effective service in His harvest field (Eph 4:11-13). God gives gifts to His people – ‘equipping’ enables those gifts to become ministry skills.

Many ministries are advanced to the point where equipping has become an art, a science, a discipline. For example, over the generations great strides have been made in the equipping of Pastors. Church planters have seen the same, especially in recent years, as the task of reaching the world’s remaining unreached peoples has demanded new and better training/equipping programs.

What about Mobilizers?  Of the five-fold ministry gifts of Ephesians 4:11 the Mobilizer/Prophet is perhaps the least catered for in terms of equipping!

Do the Schools of the Prophets/Mobilizers we see in Bible times need repeating in our day?  Do we need to see Schools for Mobilizers established in every country and in every reached people group? If we are going to see a people prepared for the Lord, the Church becoming a witness within reached nations and the world’s remaining unreached reached then perhaps we do – especially if the ‘call’ to such a vision is communicated to the Church by the Prophets/Mobilizers!

If our conclusion regarding the establishing of such ‘schools’ is positive, then what would a School of Mobilizers look like? What would these schools teach? How would the skills of mobilization be perfected? Who would do the teaching? Would they be physical centers or virtual centers? Would they be relationally connected and share resources?  I’m sure there are other questions and other issues to be addressed but in our journey thus far – what do you think?